I’m a sucker for autumn.

There’s something so calming about it. The frenzy of summer is officially over, and the cooler temperatures and falling leaves are your cue to slow it down and get your cozy on. And I’m all about getting my cozy on.

The thing is, autumn in San Francisco doesn’t actually feel like autumn. While just about everybody else in the country is experiencing a romantic shift of the seasons and gearing up for hibernation mode, San Franciscans are likely to be found having barbecues and sun-bathing in Dolores Park. That’s because San Francisco, rebel that she is, enjoys summer weather on a three-month delay or so – meaning we typically freeze in July and then melt in October (because no one has AC here, for some reason).

So, taking a trip to Vermont and getting a reminder of what a true autumn is supposed to be like seemed like the perfect idea this year. All the traditional characteristics of autumn, coupled with the history and charm of New England? Sign. Me. Up. 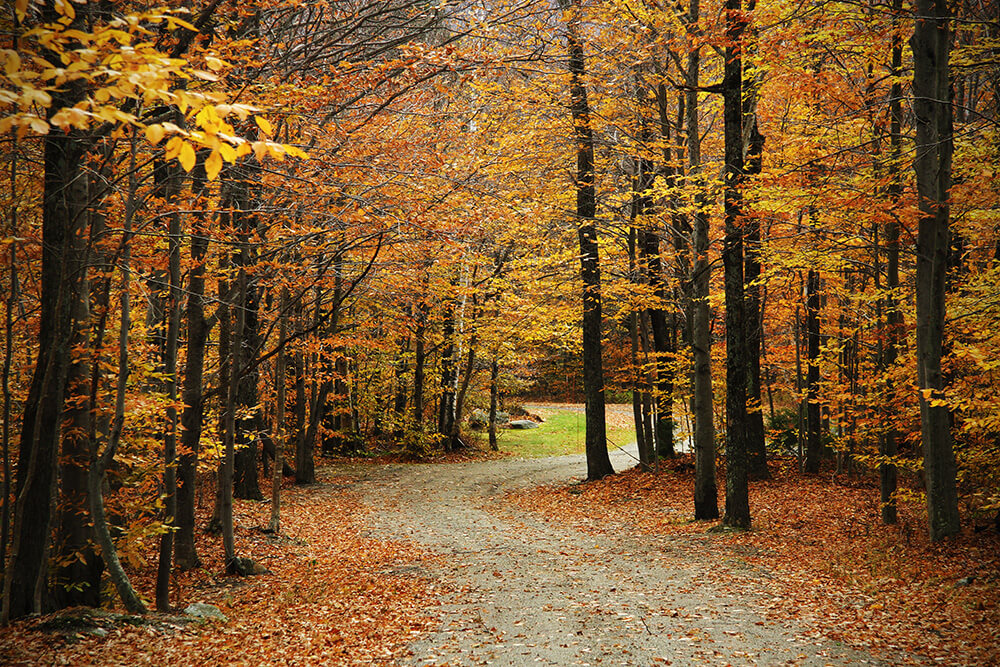 Autumn in Vermont certainly didn’t fail to deliver. There were plenty of fiery orange and red leaves to gush over, and we were immediately struck by that unmistakable bite in the air that indicates winter is right around the corner (and in response, we promptly marched ourselves into Patagonia for some winter gear).

It turns out we arrived about two weeks after the leaves were really in their prime. This meant we missed seeing the hills all ablaze with autumn colors, which was kind of the whole idea of a trip to Vermont in the fall.

But this turned out to be a good thing, for a number of reasons. From what we were told, we missed the crowds of “leaf-peepers” who are notorious for tying up the two-lane roads and stopping randomly to take photos of cows (we chuckled and shook our heads at this, pretending we weren’t exactly the type of people to stop randomly on the road to take photos of cows).

We showed up right at the onset of “stick season” – when most of the leaves have fallen and all you’re left with are fields of bare branches (or “sticks,” if you will). Not only did we have less competition for cow photos, but from a photographic perspective, “stick season” presented plenty of opportunity for some fun with lines. 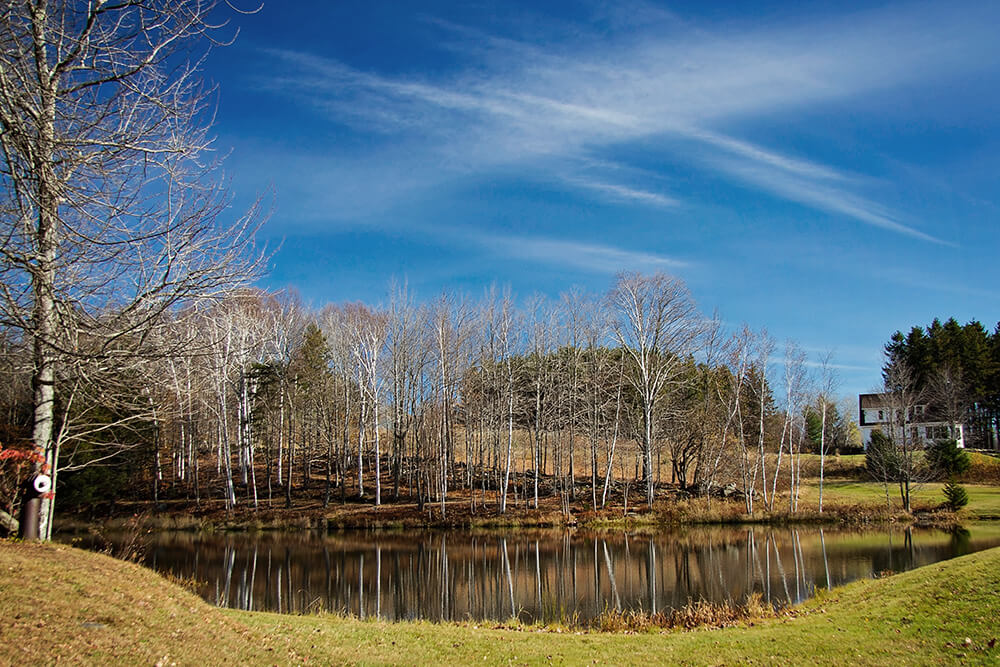 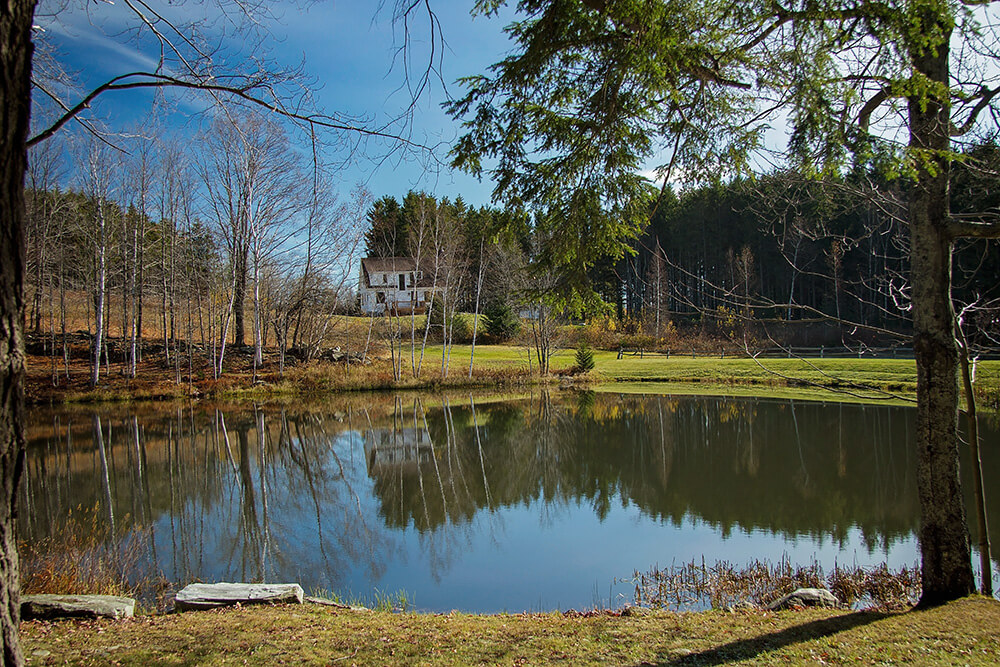 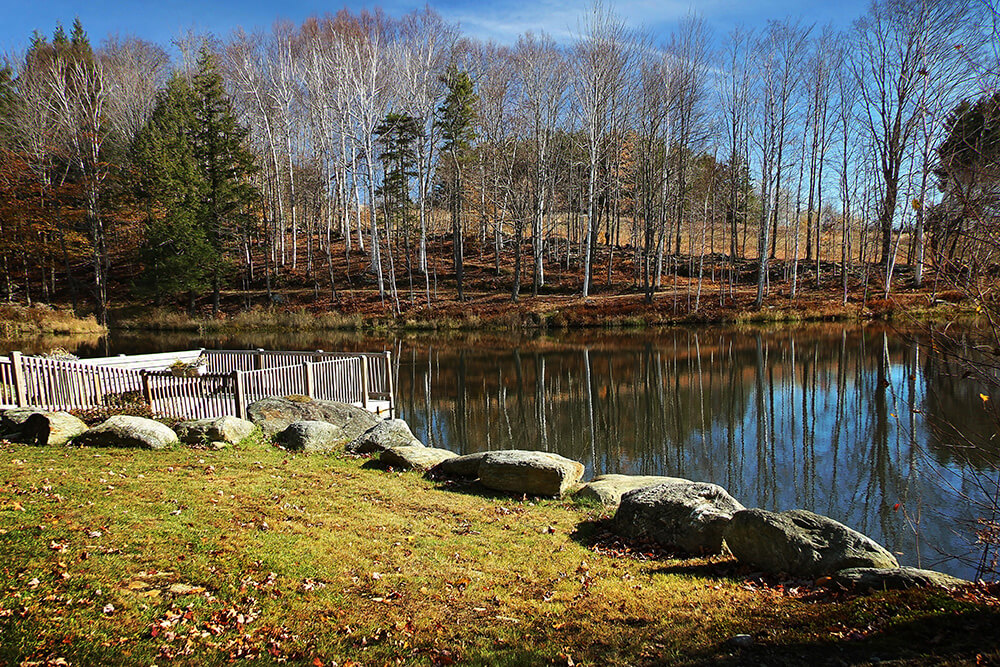 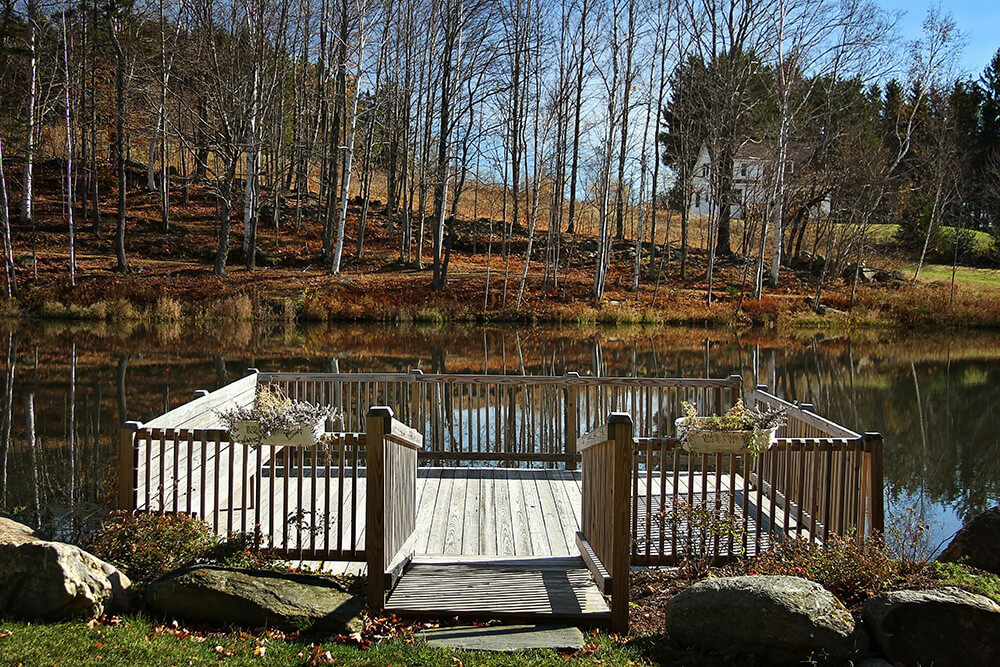 We stayed at an inn nestled in the hills of Stowe, Vermont, called Edson Hill.

Once a single-family home, Edson Hill offered us that strangely familiar, home-away-from-home feel — but unlike a bed and breakfast, we didn’t feel like awkward houseguests staying in someone else’s home. It felt like this was our home for four days. That is, if our home had a built-in restaurant, daily housekeeping service, and a tavern (not a bar – a tavern, because New England).

I admit there’s a part of me that doesn’t even want to mention Edson Hill, because the more I tell people about this place, the less it will feel like my own personal getaway in Vermont. (And it’s mine, I tell you! Mine, mine, mine!) It’s like when one of your favorite musical artists hits the big time – you’re one part happy for her success, and three parts devastated because she’s no longer your little secret.

So, there. I’m sharing my little secret with you: Edson Hill is positively dreamy. Tell Eric and Jessie I say hello. 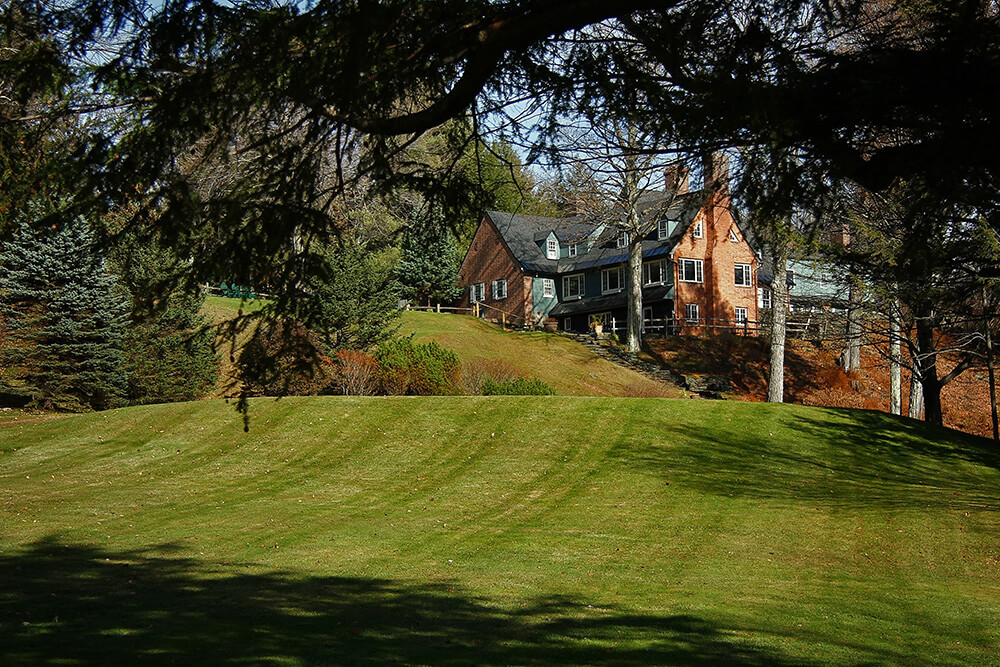 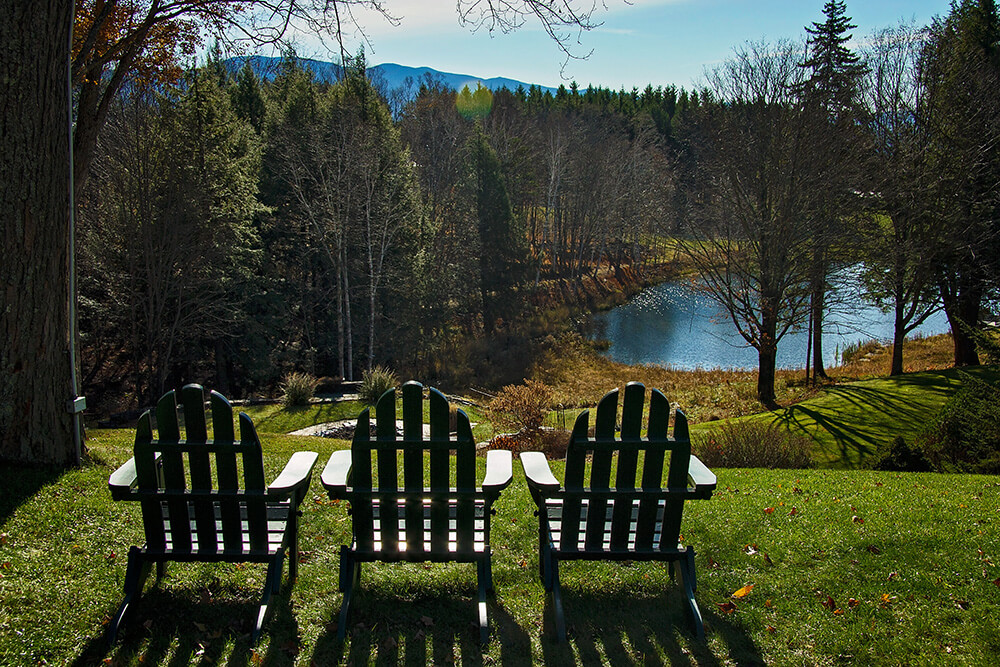 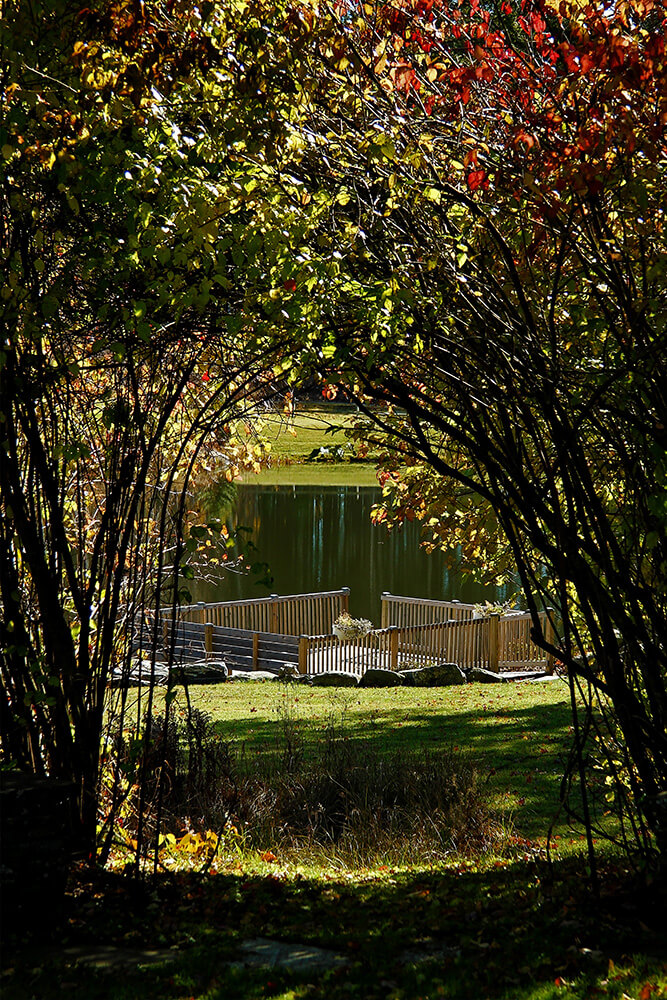 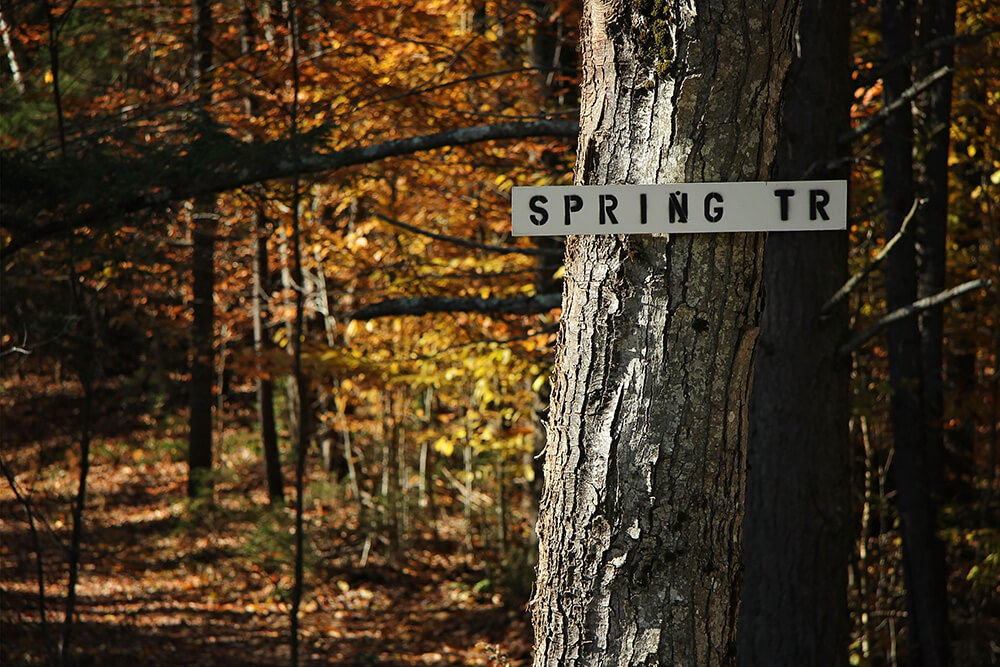 Our trip just happened to fall on Halloween, and we visited some appropriately creepy areas for the season, even if entirely by accident.

For instance, we randomly came across what’s known as “Emily’s Bridge.” While there are conflicting stories as to who Emily was and how exactly she died on that bridge, a local who has lived there for 20 years swore that the bridge is indeed haunted, and her dogs have apparently confirmed this theory over the years.

We also explored the area of Smugglers’ Notch, which was not only an adventure in one-lane driving up a windy mountain road, but it was bone-chillingly cold and eerily quiet to walk through, with the exception of the wind howling through the jagged rocks lining the road.

Again, we heard conflicting stories from the locals about how Smugglers’ Notch earned its name. Everyone could seem to agree it was a place for bootleggers to store their booze during the Prohibition era, but one local claimed the Kennedys (yes, as in the royal Kennedys) were the biggest bootleggers of them all, and Smugglers’ Notch was specifically their turf. Either way, I wished those towering trees could talk because I’m sure they’d have some stories to tell. 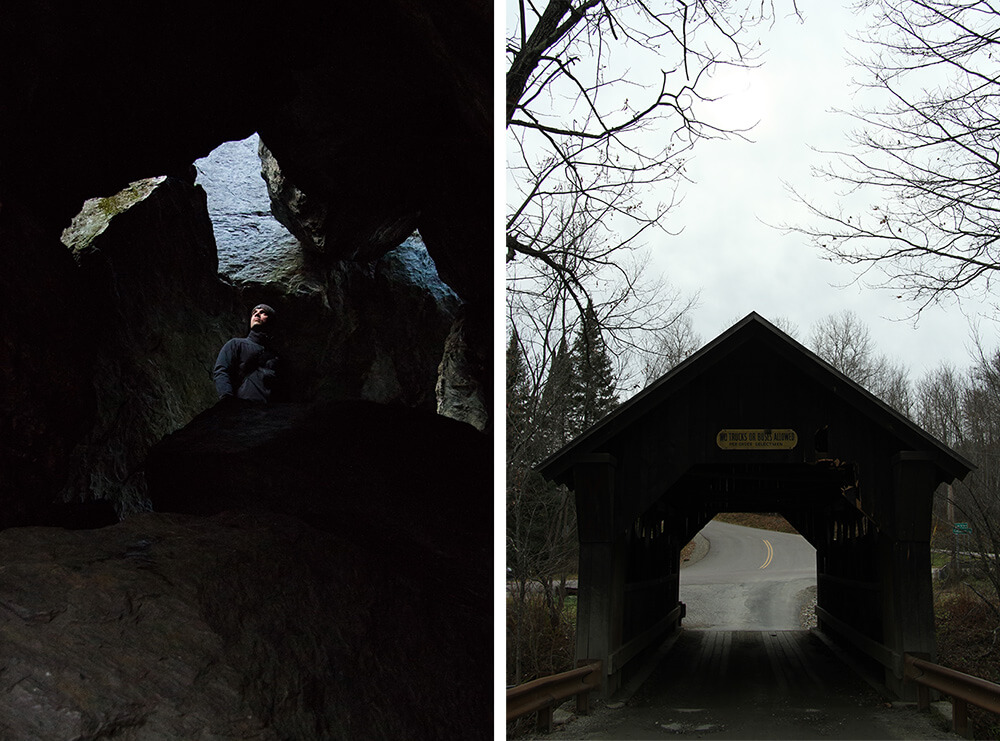 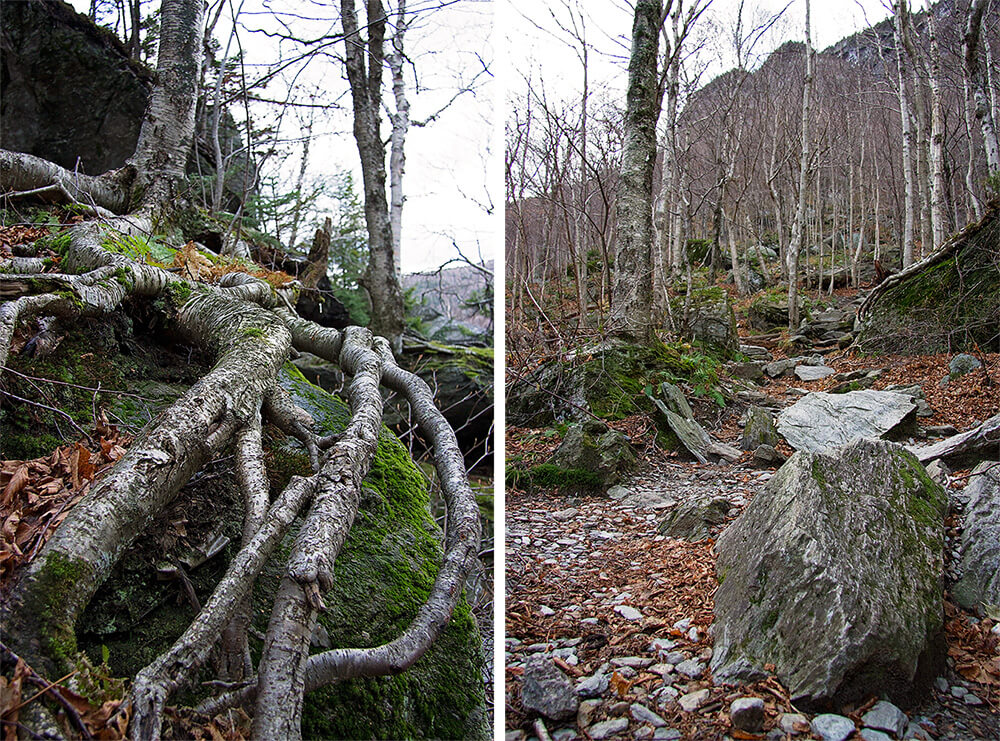 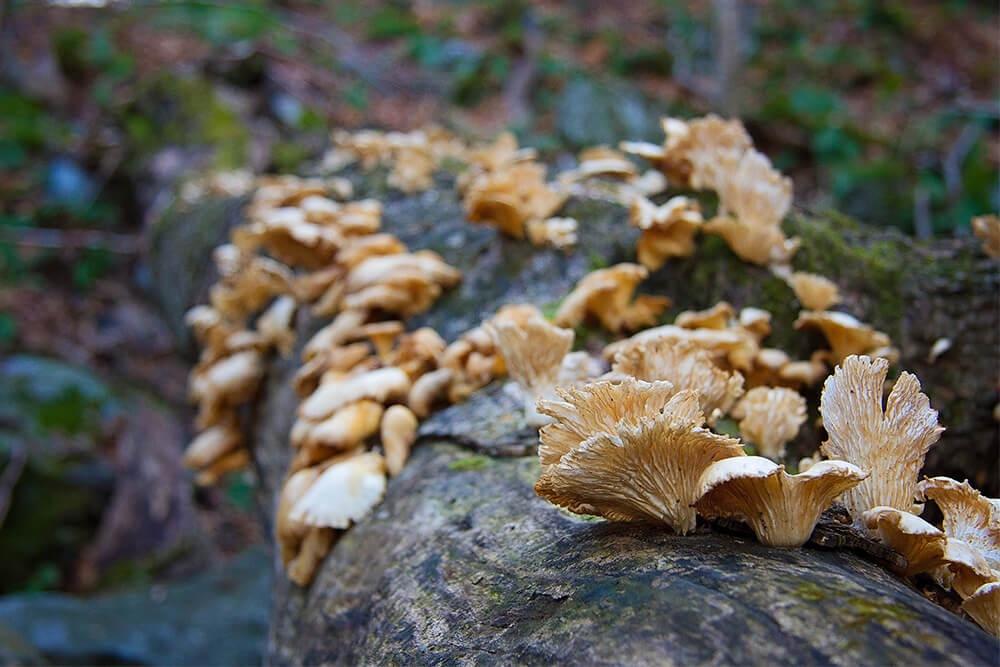 As for the village of Stowe, it’s pretty much the hometown I wanted my hometown to be (sorry, Rock Springs).

Gorgeous tree-lined streets, quaint locally owned shops (not a single Wal-Mart anywhere, from what I saw), and a charming local pub (and like any good local pub, it came with a good story of a supposed curse that had caused its multiple fires).

There was also the overall sense that no one was in any rush to get anywhere other than exactly where they were. I like to think this is because they were perfectly content being right where they were.

If you’ve ever visited someplace new and felt like it’s a homecoming of sorts, even though you’ve never been there before, you’ll understand how Stowe felt for me. Maybe it’s just that the slower pace was exactly what I needed, as I get tired of the chaos of the city. And maybe it spoke directly to that small-town girl who is still alive and well at my core.

Whatever it was, there was something beautifully tranquil and soothing about Stowe. Just like autumn itself. 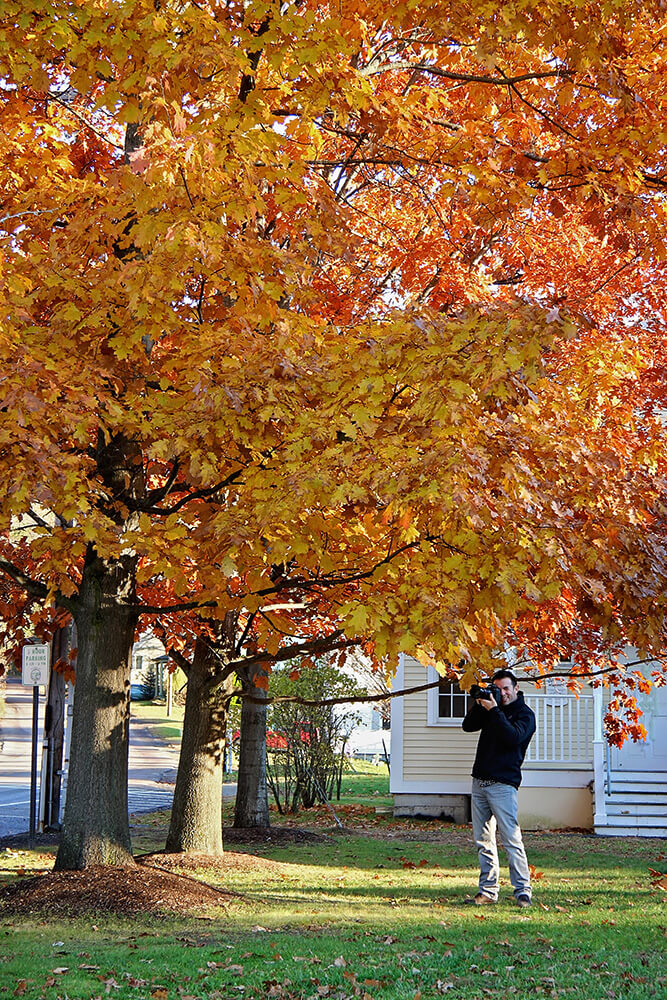 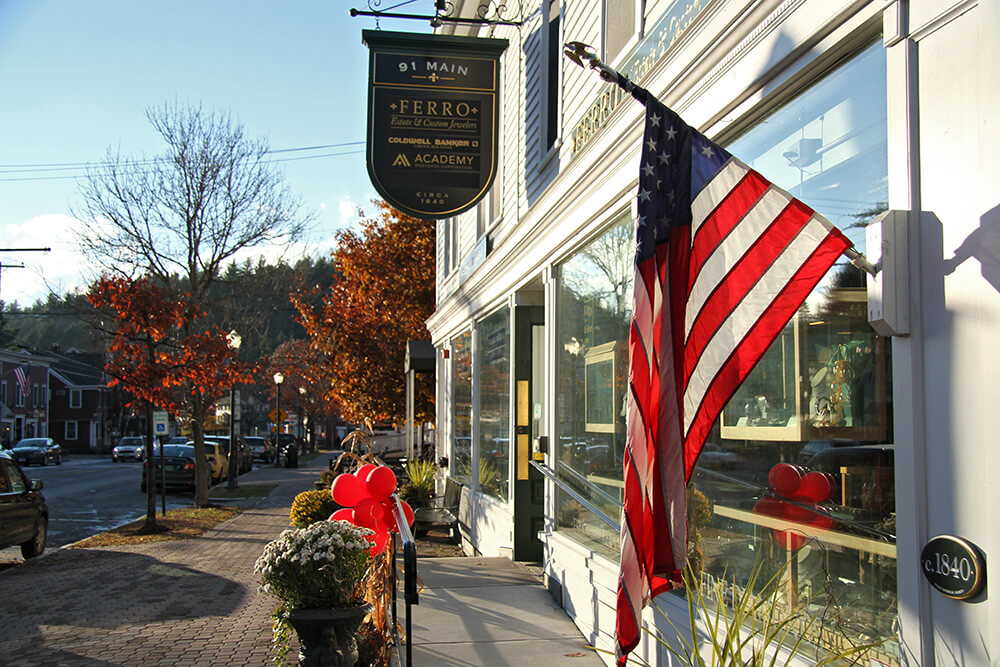 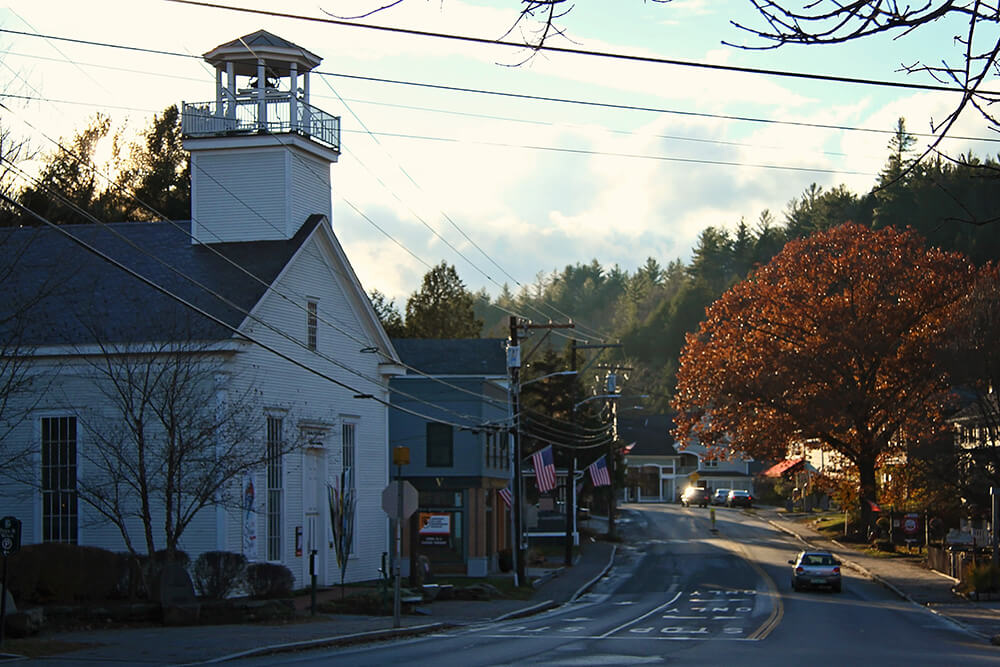